The penalty of (potentially) becoming a mother 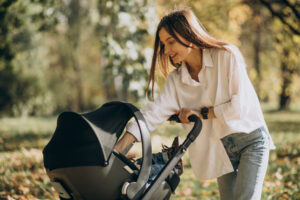 Sadly, it is common knowledge: motherhood is a penalty. From the less evident gap registered in some countries of South East Asia to the visible inequality in most places in Latin America, becoming a mother represent a disadvantage to a complete stop and all the nuances in between everywhere. And it is a setback for most of those who aspire to leadership roles.

Covid-related restrictions made more evident than ever how disproportionately women shoulder caregiving needs. They are overrepresented in frontline occupations, like services and healthcare, and at higher risk of getting sick or losing their jobs, then more likely to fall into poverty. If that was not already enough, the already higher female unemployment rates have grown in the last years and aggravated women’s generally less stable financial status due primarily to lower salaries and fewer worked hours (they represent the majority of part-timers.) During lockdowns working mothers have partaken in a disproportionate amount of unpaid childcare work that has not been compensated by the more active participation of the fathers in families’ re-designed arrangements. No matter the experiences of global needed shifts, everyday habits have not changed much. Mothers are still considered the natural first caregiver. And the more expandable under a company and a family economic perspective.

The motherhood (or child) penalty is an obstacle affecting women’s possibility of finding a job and being granted fair and equal pay throughout their careers. Not surprisingly, it directly influences their decision on when and if to have a child. As explored on these pages just weeks ago, globally, they earn 77 cents for every dollar a man makes. And even if they represent 40% of the workforce, 29% are managers, and 23% have executive jobs. Facing more challenges than their male counterparts, they lose ground fast on their path toward higher positions.

Data gathered in the last decade confirms that women who aspire to climb the career ladder have better plan their “raise to the top” in the first ten years. If they do not do so from the beginning and plan it quickly, they are less likely to secure higher roles. In their path, they will also need to race, among other things, specifically against some form of child penalty – regardless of their intentions to become mothers or not.

“When is the right time to have children? There is no agreement on that,” maintains Paola Profeta, full professor of Public Finance at Bocconi University and Political Sciences and Director of Axa Research Lab on Gender Equality. “In my view, we need to create a workplace and a welfare system that does not penalize women and mothers rather than suggesting better planning for this event. There is already too much emphasis on this. The fertility rate is very low, and many women in top positions do not have children at all. It is the result of the incentives, or better the disincentives, given by society, workplace, culture, rather than the result of bad planning.”

Of course, motherhood is not the only aspect preventing more women from entering the workplace and reaching leadership positions. Prejudices about their capability to lead teams still hold firm, and their competence is questioned from the early stages. Moreover, these limitations fuel the fear that they will lose commitment to a job if and when they become mothers.

Conversely, when men become fathers, they may see their careers blooming; they tend to be considered more reliable and stable for their newly acquired status. Most of them do not see a reduction in the total worked hours; generally speaking, they do not experience the same professional repercussions.

“The Child Penalty Atlas”*, published by the London School of Economics last year, put it black on white: “Significant differences between men and women’s earnings, wages and employment exist in virtually every country. Increasingly, large share of gender inequality can be explained by the child penalty: the causal impact of having children on outcomes of women relative to men.” According to the Atlas, child penalty is higher in Latin America, reaching 36%. Europe follows with 28%, then North America and Oceania with 26%. Contrarily, in Asia and Africa, if it is true that becoming a mother has an impact during the first year, later divergences are smaller – respectively 13% and 10% over ten years. China, for example, accounts for a child penalty of 3%. And Cambodia shows almost no difference between working mothers and fathers.

Does culture play a role in defining the trends? Or are laws, the economic and social environments to be considered co-responsible in one way and another? Prof. Profeta believes that “culture plays an important part in (defining) gender roles and decisions of men and women. Laws typically follow societal changes or adapt to them. It may also be the case that laws anticipate society and push it in a certain direction. But if we have good laws but a conservative culture, nothing will change.” Among other interventions, she points to one more effective action. “Paternity leaves are a good policy to promote sharing responsibilities in care activities within the couple and to reduce statistical discrimination against women in the workplace. We know that equal sharing at home increases the probability of having an additional child and having maternal employment.”

From landing a job to getting promoted, from planning a career or working toward building stable economic independence, women in 2022 still face struggles, setbacks and limitations. Yet much emphasis is on what they should do to help themselves. There is no denying it; old stereotypes continue to fuel myths about women and mothers. They are not competent enough, not as serious about their careers, more emotional, less productive and dependable. Conscious or unconscious as they are, such biases also weaken the level of women’s mental state. Stress and burnout are massively affecting them – according to Deloitte’s “Women @ work”, 53% of female respondents said their stress levels are higher than a year previous, and almost half feel burned out.

To modify the current settings for women, in addition to the law, companies can also play a direct role; intentional, even if small, changes can be significant—from updating hiring policies and practices for more transparent and equal pay. Or by considering more female profiles for promotions and developing consistent practices to re-engage and support mothers returning from parental leave.

Alley Oop’s newsletter
Every Friday morning Alley Oop arrives in your inbox with news and stories. To sign up, click here.
If you want to write to or contact Alley Oop’s editorial team, you can email us at alleyoop@ilsole24ore.com. 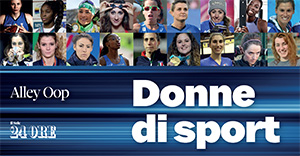