Gender equal pay is still far. But awareness is rising 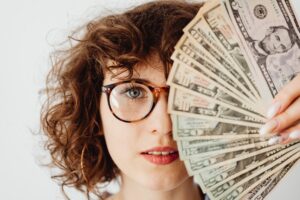 18 September is the UN International Equal Pay Day. A day of awareness that matters since the gender pay gap is well alive. Undeniably in recent years, some timid changes have been recorded. Yet, as the discussion continues, the attention widens, and both companies and legislators try to intervene, we are far from reaching the target of equality.

Earning the same salary if performing a similar activity, regardless of gender, is a right defined by laws and agreed values alike. It is one of the funding principles of the European Union (article 157 of the Treaty on the Functioning of the EU). In the US, it is protected by the Equal Pay Act. Furthermore, balanced, unbiased and fair pay directly impacts economic and social scopes. But besides the known consequences of diffuse inequalities, women continue to bear heavier burdens just for their gender. As is well known, they are not only employed in sectors easily affected by the crisis, work fewer hours and have weaker contracts. But they also generally enter the labour market with lower wages and, more often than men, experience interruptions in their careers – above all, when they become mothers.

The picture is clear, as are the outcomes of changing it. When societies become more equal, economies become more resilient, writes the authors of “Women, Business and the Law 2022” by the World Bank. Gender equality makes economic sense, not just in words or principles, but as a matter of numbers.

Globally the expected differences in lifetime earnings between genders are estimated to account for almost twice the world’s gross GDP. According to The Cost of Gender Inequality Note Series (World Bank) published in February 2020, that means 172.3 trillion US dollars or more than 24.500 $ per person. As of 2022, women worldwide earn 77 cents for every dollar a man earns. They receive less income for similar work while, aggravating the circumstances, they are charged more for the same services, from mortgage loans to hygiene products or clothes.

In March this year, the World Bank estimated that nearly 2.4 billion working-age women did not receive the same economic opportunity. A number that is not difficult to believe in, considering how in 178 countries, legal barriers prevent females’ full participation in the labour market. In 86, they face some form of job restriction; in 95, equal pay for equal work is not guaranteed.

Changes in the laws

In latest years, advancements have been made to bridge persisting gender gaps, thanks primarily to the introduction or improvement in parental leave legislation. Last year Greece, Spain and Switzerland reformed their laws focusing on paid leave for new parents, thus trying to balance career opportunities for mothers. Colombia has become the first country in Latin America to introduce paid parental leave. Different interventions have been implemented in the Middle East and Africa, where women have less than half of the legal rights granted to men. Bahrein, for example, now mandates equal pay and has lifted restrictions on women’s ability to work at night. Oman introduced the possibility for women to apply for a passport in the same ways men do. Some developing countries have focused on reforms protecting and preventing the violence against women, as in Gabon, or on differently criminalizing forms of harassment in employment, like in Angola.

However, women’s empowerment and participation in the economy have not yet been boosted. And, according to the 2022 Global Gender Gap Report, in the 156 countries considered, gender parity in economic participation and opportunity is still 267,6 years away.

Equality is a fundamental step toward sustainable development and social and economic growth. “By eliminating the gender gap and introducing a proper gender balance in the labour market, the G20 countries could generate an economic impact worth 9 trillion dollars, equal to 11,9% of the GDP of the twenty countries”, writes the Permanent Observatory on Women’s Empowerment of the European House Ambrosetti.

Despite these considerations, global crises, climate change and ongoing wars are worsening an already dramatic situation for women and even more critical for women of colour or minorities. Much (and more) remains to be done— starting by spreading awareness of the problem.

As studies show, many still don’t believe a gap even exists.

Alley Oop’s newsletter
Every Friday morning Alley Oop arrives in your inbox with news and stories. To register click here.
If you like to write or contact the Alley Oop’s editorial team, the email address is alleyoop@ilsole24ore.com